Land of the Thunder Dragon, this mountain Kingdom is still perhaps the world’s most exclusive tourist destination. Thanks to the Royal Government’s policy for the selective and regulated tourism, the numbers of tourists have remained low and the cultural values and traditional life-style of Bhutan have been protected. An unspoiled country with majestic mountains imbued with a certain mystique; a unique cultural heritage preserved intact and with a continuity of many centuries; an architectural style like no other; a land of full of ‘warm hearted and friendly people’.

Situated in the heart of the Great Himalayas, the world’s mightiest range; Bhutan is flanked on the north and north west by Tibet, the plains of north-east India to the south and south-west and the hills of India’s north eastern state of Arunachal Pradesh to the east. The kingdom is spread over an area of 18000 sq. miles, with varied climatic conditions; ranging – as the terrain climbs; in horizontal bands – from the hotel and humid Southern foothills, to the temperate inner Himalaya and, finally, to the nearly 7700 m high snow caps of the High Himalaya that defines Bhutan’s northern frontier.

Bhutan has a population of about 1 million and its state religion is the Drukpa sect of Kagyupa, a school of Mahayana or Varjrayana/ Tantric Buddhism; making it the last surviving Buddhist Kingdom. In the eleven centuries since it was introduced, Buddhism has shaped the national’s history and plays a vital role. 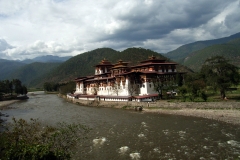 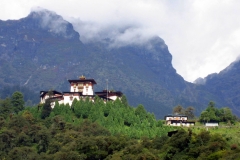 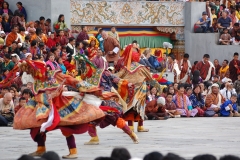 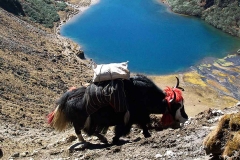 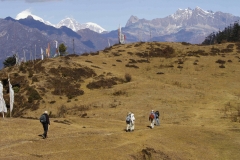 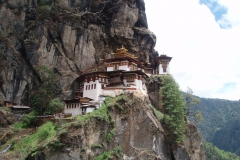 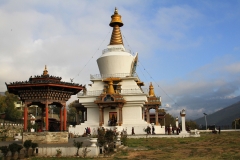 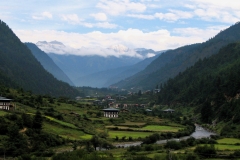 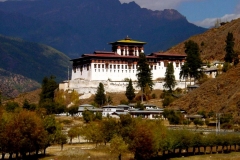 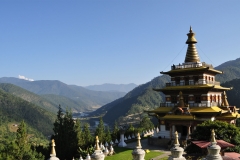 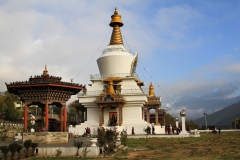